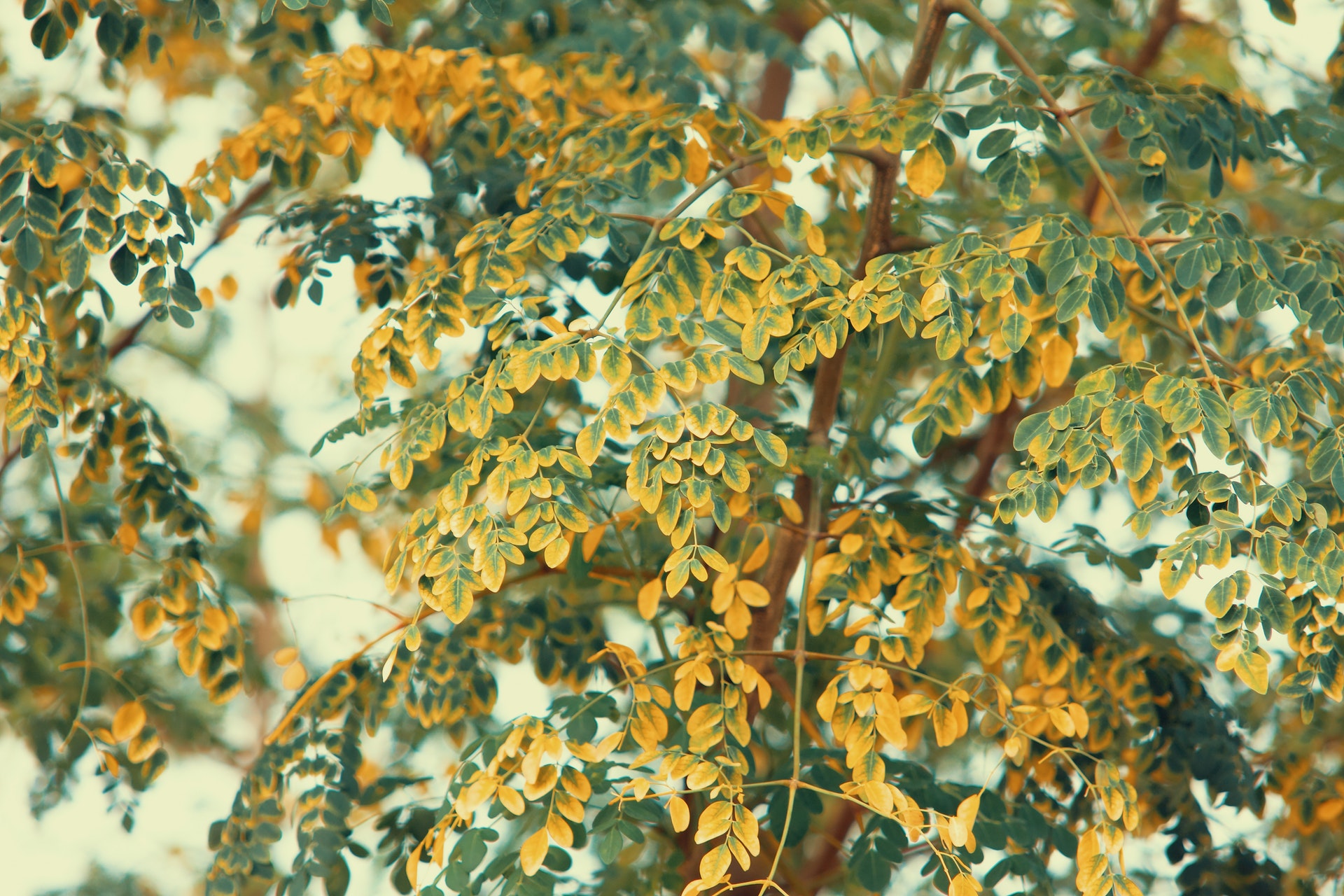 The moringa tree — Moringa oleifera — is sometimes called a superfood. This is a promotional term with no scientific definition, used to promote various plant products, especially those that people don’t really like that much (cranberry). But also, sometimes, that term can hide some of the benefits of certain plants; it can make them sound like a trendy health food with unproven benefits and dubious claims. In the case of moringa, “superfood” is sort of an undersell; it is a plant with lots of nutritional benefits, sure, but also one that’s easy to grow, and, maybe most importantly, can be grown in places where food is scarce. (There will be more of these places soon.)

First, some background. Moringa is a fast-growing tree; it can reach 40 feet high, but has droopy, spindly branches, usually and hopefully weighted with long seedpods, which look sort of like a thick, ridged green bean. It’s native to South Asia, but is now cultivated all over the world, including Latin America, Southeast Asia, and West Africa.

In no way is moringa a new plant. It’s been commonly eaten in South Asia for hundreds of years, and some people seem a little amused that it’s taken on this mantle of trendy superfood, a bit like how those of us from the northern U.S. feel about blueberries being labeled as such, with the added fetishization of a “traditional” plant from somewhere far away. The marketing is all very silly, but the plant is not.

Almost the entire tree is edible. The leaves are cooked like spinach. The seedpods are edible when young, usually boiled. The seeds are edible when immature or mature; they look sort of like tiny footballs. The seeds can also be pressed for their oil. The roots are edible, with a spicy flavor reminiscent of horseradish.

The nutritional makeup of all of these disparate parts is impressive. The leaves contain 27 percent protein by dry weight, including a full array of the amino acids that humans need; that’s higher than almost any plant besides legumes. Carrie Waterman, at the University of California, Davis, has been studying moringa for years, and attests to the plant’s high levels of vitamin A, vitamin C, B vitamins, and manganese.

There are plenty of nonfood uses as well; the leaves have “significant antimicrobial activity,” according to this study, and are sometimes used in or as a soap. The seeds, when dried, can be part of an effective wastewater treatment. In windy areas with long dry seasons, it can prevent soil erosion.

Maybe more important, moringa thrives in exactly the kind of grim conditions likely to be increasingly common in the future. It prefers dry and sandy soil, and is highly drought-tolerant. It’s easy to germinate. It has no known significant pest problems. For a tree, it grows very quickly, producing lots of seedpods by its second year.

Because moringa has so many possibilities, several small companies have begun to cultivate and market it. The best-known is probably Kuli Kuli, an American company run by 30-year-old Lisa Curtis in California, which sells energy bars and powder supplements in stores like Whole Foods, and while Kuli Kuli plays up the anti-inflammatory and antioxidant properties of moringa, which the plant certainly does have, others working with moringa are more interested in the capability the plant has to provide nutrition to those who might otherwise not get it.

The Kariba Redd project, in northern Zimbabwe, trains and assists local communities on how to grow moringa, which has been naturalized there for a couple of decades. Dozens of farmers now grow moringa there, primarily as a cash crop. The Rural Development Initiative, another group, has been planting moringa in Zambia since 2013, specifically for the Zambian people. Malnutrition is a serious issue in Zambia, with 40 percent of children under the age of 5 having stunted growth, and 53 percent suffering from anemia. The RDI project now has millions of moringa trees planted, with dozens of farmers using moringa both as a cash crop and harvesting leaves and seeds for use by the community.

On the Tristao islands of Guinea, in West Africa, an organization called Partenariat Recherches Environnement Medias (PREM) trained women to plant and harvest moringa, and provided solar-powered drying stations to preserve excess leaves, either for local use or to be powdered and sold. It’s especially valuable in places where the primary food — maize, rice — is not very nutrient-dense.

Moringa is a pet project all over the world. And despite the superfood marketing trappings, it really does have some pretty incredible possibilities for food-insecure people, especially in hot and dry regions.

← What’s The Real Difference Between Organic And GMO?
Share This