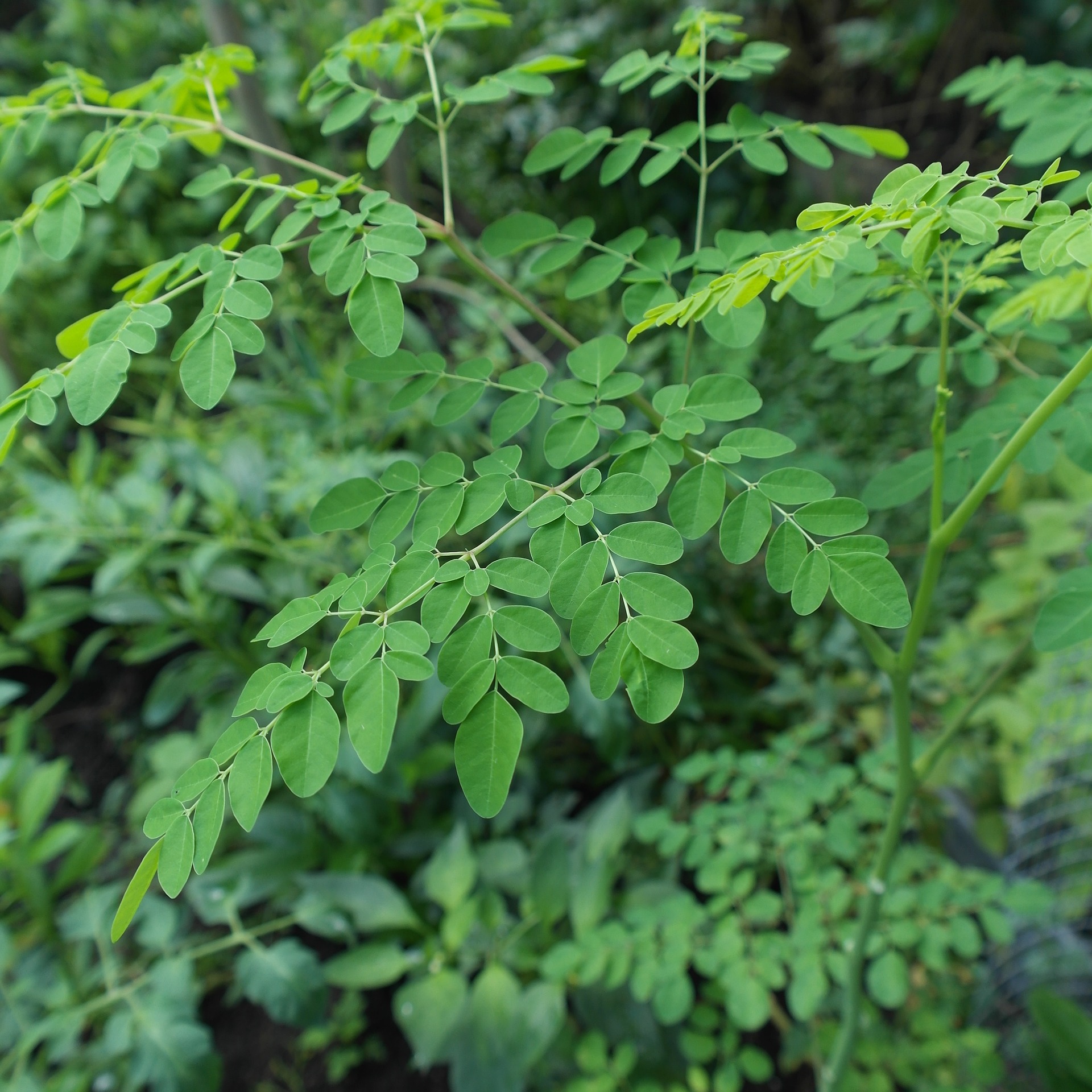 If you take the only road north out of Zambia’s capital Lusaka, the bustle of roadside street vendors and concrete bungalows soon fades into fields of turmeric-tinted bush land, dotted with the occasional mango tree.

You’d be forgiven for missing the tiny dirt track that veers off toward the Westgate farm in Chisamba, which grows moringa trees.

There is a humble entrance to a modest plot of land, but it houses a project with huge aspirations.

“I personally think we can wipe out malnutrition in Zambia, in sub-Saharan Africa or anywhere else there is a malnutrition problem” says Steven Putter, executive director of the Imagine Rural Development Initiative, which has been planting moringa trees on this site in Zambia since 2013.

Moringa has been used for centuries in Asia and Africa for its nutritional and healing properties, and in some reports it has been called “the miracle tree” and “the tree of life”.

The delicate green leaves and even the stems of the plant are packed with vitamins, amino acids, anti-oxidants and protein.

A chance encounter introduced Steven Putter to this unassuming shrub.

He was so taken with the plant’s potential that he abandoned a corporate career in South Africa and moved to Zambia.

Putter’s vision is that moringa supplements could have a revolutionary effect in Zambia where malnutrition rates are some of the worst in Africa.

About 45% of Zambian children under five suffer stunted growth, says the World Health Organisation – while the children’s charity, Unicef, says that thousands of children and women suffer from one or more forms of malnutrition, including low birth weight, stunting and multiple vitamin deficiencies.

“I’m not saying moringa is the only plant, but it’s a very good cornerstone to relieve the problems that exist now very quickly,” says Steven.

“Imagine if we plant 1,000 trees at every school in Zambia, that would probably cost $2m – but what is that in relation to being able to wipe out malnutrition?”

Lewis Chikoti’s bright green overall stands out amongst the knee-high moringa crops he is tending.

He joined the project as farm foreman a year ago and now feeds his children moringa three times a day: “I have noticed such a difference in my family’s health; my children are not getting sick and they just seem brighter with more energy.”

Most people in Zambia rely on a diet of the maize staple nshima, which is easy to grow, but is of little nutritional value.

“With maize you get food security, which is good because it puts a plate of food in front of people” says Steven Putter, “but the language needs to change from ‘food security’ to ‘nutritional security’.”

Moringa oil was prized in perfume manufacture in ancient Egypt, classical Greece, and the Roman empire.

The drought-resistant plant is also known by names including drumstick tree and horseradish tree.

It’s mainly grown for its leaves in Africa, and its pods in Asia.

As a food, its leaves are rich in protein, minerals and vitamins A, B and C.

Moringa flowers are used to make tea, and mature seeds can be roasted and eaten like peanuts.

The plant can also be used as an animal feed.

Moringa seed powder has anti-bacterial properties, and can be used during water purification.

Zambia is also in desperate need of re-structuring its economy and lessening its dependence on mining.

Copper mining accounts for over 70% of the country’s exports, yet the lion’s share of copper mines are foreign-owned and many ordinary Zambians say they are not feeling the benefits.

Austen Ngwani looks after the moringa project’s accounts. Originally from the Copperbelt region in the north west of the country, he feels strongly about Zambia’s need to diversify.

“For Zambia to develop, we need to move away from the mining sector and look to agriculture,” he says. “It’s the only way we can export on our own terms and strengthen our currency.”

Steven Putter says the numbers add up for Zambia.

Moringa plants can be harvested once a month. In peak season and on the Zambian site, it requires no fertilizer. This contributes to a very high return on investment, says Mr Putter, of up to “$60,000 per hectare per year”.

So far the project employs 60 people tending six million plants. Moringa products such as tea or food supplements are sold within Zambia and exported to other countries including the UK, China and South Africa.

Putter wants to expand the site to include animal husbandry and aquaponics – using water tanks to grow plants and breed fish. He says the results of giving moringa to animals is quite amazing. “We have seen a 15% increase in cattle growth since introducing moringa to their diet”.

Steven Putter’s path to the “miracle tree” has not been without obstacles. It has cost him a marriage and many thousands of dead trees along the way. But his resolve is fixed.

← Five Food Trends that Will Define 2020 What’s The Real Difference Between Organic And GMO? →
Share This